The Earliest Evidence of Basketmakers in the Southwest: Falls Creek Valley

Looking across the Animas River Valley, north of Durango, Colorado, to the white, banded cliffs that are above the Falls Creek Valley. In the background are the La Plata mountains with early Spring snow. 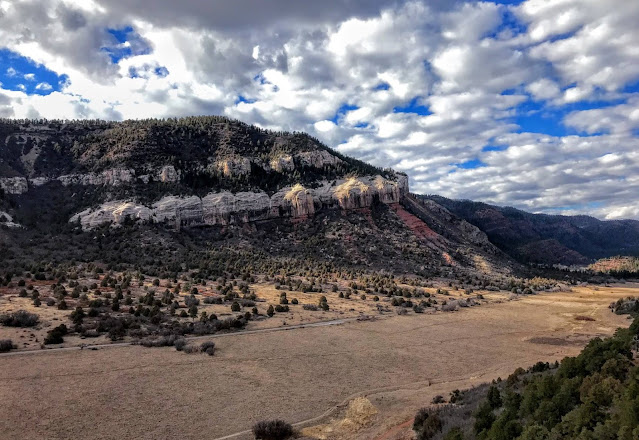 These cliffs are designated the Falls Creek Archaeological Area because some of the first dwellings built by Basketmaker people in the Southwest were discovered here. There were dwellings inside rock overhangs at the base of those cliffs and on the slopes below. The rock shelters and caves in these cliffs were first lived in some 2,700 years ago, at the end of the Archaic and beginning of the Basketmaker period. They remained occupied until this region was vacated by Indigenous people around the year 825.

People may have preferred to live high up on the side of the Falls Creek Valley because it was warmer there than on the valley bottoms, which collected colder air that tended to sink. These Basketmakers were among the first people in the Mesa Verde region to cultivate maize, squash and gourds. Food storage pits have been found in the overhangs from the first 500 or 600 years of occupation, but no remains of dwellings. 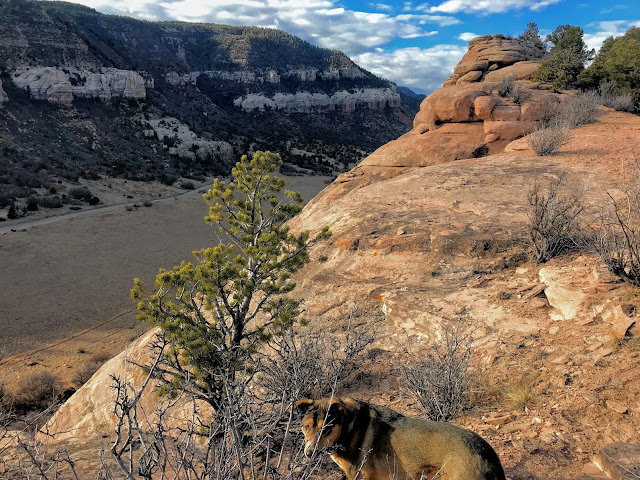 The earliest structures were Basketmaker II shelters made from mud and poles about 2,000 years ago, and were the precursors to the first pit houses. The rock walls feature rock art in a variety of colors and forms, depicting animals, humans, and geometric designs. A burial crevice contained evidence of at least 21 burials, including two nearly complete naturally mummified bodies of a young woman and a teenage boy.

Other Basketmaker artifacts found here include beaded jewelry, gaming pieces, and articles of clothing. This was the last site where archaeologist Earl Morris — who restored the Great Kiva at the Aztec great house site — practiced archaeology before he retired in 1940. 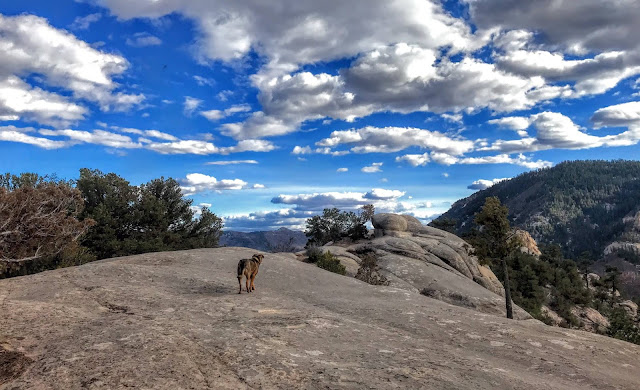 There was a cluster of dwellings on this ridge, which forms the outer rim of Falls Creek Valley opposite the tall cliffs.

This view from the ridge pictured above looks down to the adjacent Animas River Valley, which runs parallel to, and below it. From here, going upstream (and north), this valley was carved by one of the largest glaciers that covered the Rocky Mountains in the U.S. during the last Ice Age. That glacier made its final retreat 19,000 years ago, leaving this valley. The red cliffs on the far side of the valley are part of Missionary Ridge. (At the time I took this picture, I was living on the backside of that ridge.)

This video pans from looking up the Animas River valley to looking downstream (like the photo above):