The Great House had T-shaped doorways that are characteristic of Chacoan architecture, one small interior kiva, a great kiva, and two Chacoan roads. Casamero was settled during a time that corresponded with a surge of building in Chaco Canyon – around A.D. 1050. It existed during much of the florescence of Ancestral Pueblo culture in Chaco Canyon, was clearly related to it, and declined in unison with it. When something in Chaco Canyon died, so did Casamero. 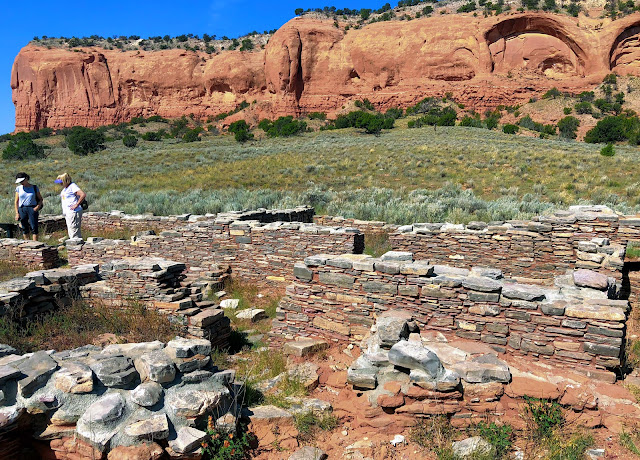 The masonry is Chacoan-style core and veneer. The mortar between the limestone blocks is extensively chinked with chips of limestone.

Looking toward the right "Owl's Eye" and another deeper alcove beyond it that has a water pour-off channel at the top.